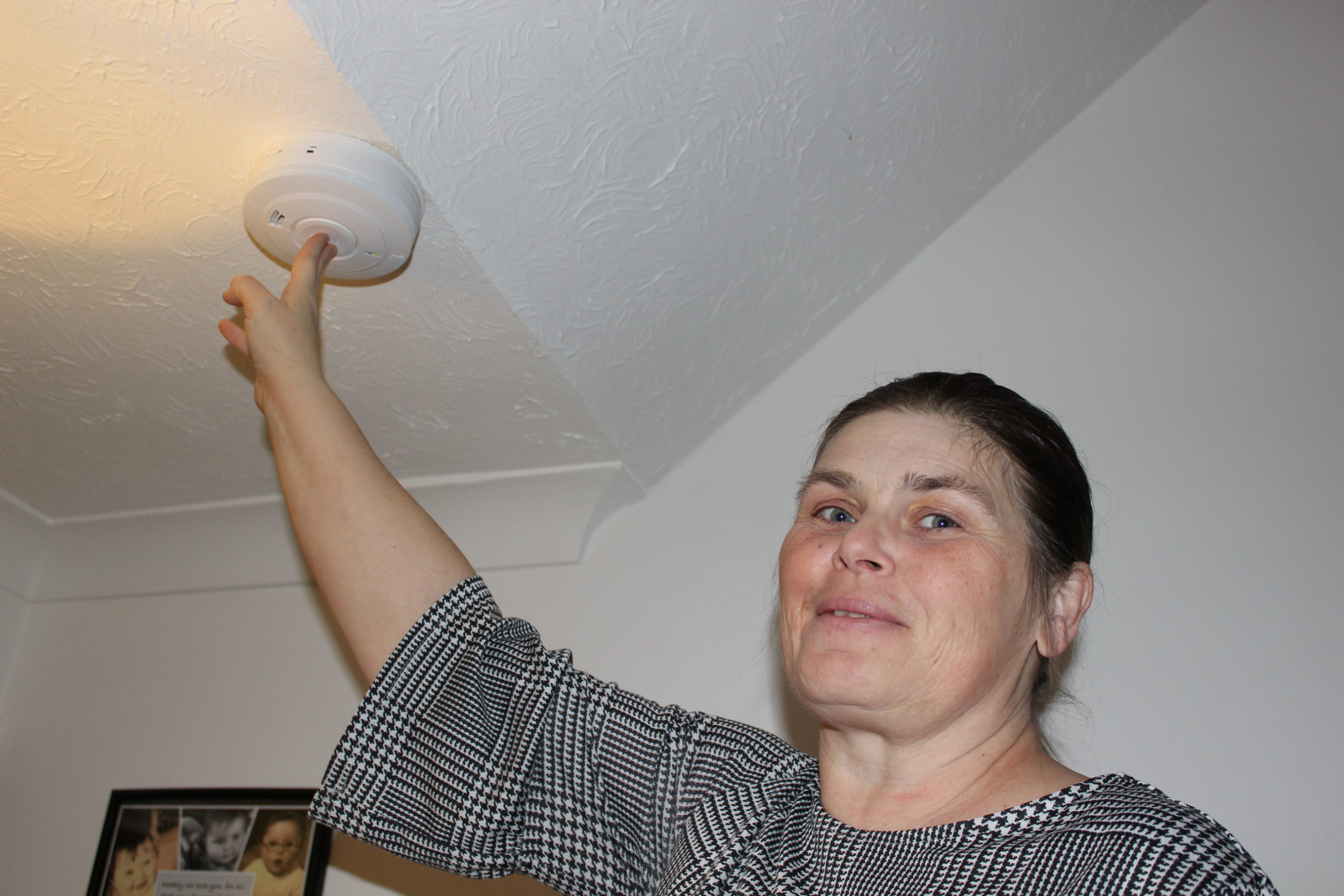 Aico 160e Series mains powered Smoke Alarms proved highly effective when a fire threatened one of its properties and the inhabitants.

A long standing Aico customer, Greenfields has Aico Ei166e Optical Alarms installed in escape route circulation spaces, i.e. in the hallway and upstairs on the landing, hardwired together.  In addition, just over 500 new build properties that have been taken on in the last four years also have Aico Ei164e Heat Alarms fitted in the kitchen, hard wired interlinked with the Smoke Alarms in the property.  Since the Spring of 2019, the housing association has been upgrading the alarm coverage to the more demanding LD2 category. This forms part of Greenfields’ £73 million investment in improving existing properties over the next six years.

Greenfields Community Housing takes resident safety, including fire safety, extremely seriously and has first-hand experience of just how effective Smoke Alarms are.  Recently, a fire broke out outside one of its properties whilst the residents were asleep in bed.  The fire had spread to the house and was burning through the PVC window frames into the living room.  The Aico Smoke Alarm in the hallway quickly detected and identified the smoke, going into alarm mode.  As the hallway and landing alarms are interconnected, the upstairs alarm also activated.  The residents were swiftly awoken and the fire was quickly put out, preventing any further damage to the property and, more importantly, preventing any harm coming to the residents.

Resident Julie Bradd firmly believes the Aico Smoke Alarms saved their lives that night.  She said: “I never took much notice of the smoke alarms; I know they say to check them regularly but how many of us really do that? Since the fire, I check ours weekly. They are so important – I can’t stress how much damage could have been caused but, most importantly, what could have happened to my family. It doesn’t bear thinking about.

“I think my friends and family are fed up with me because I’m regularly asking if they still check their alarms. Set up a re-occurring note on your phone or put a reminder in a diary please – don’t take them for granted. Thank you, Greenfields, for keeping our home safe.” Mrs Bradd added: “Greenfields were really good. They had the electrics checked and windows boarded up within two hours by their out-of-hours service and made everything easier for us. We could have been dead without the smoke alarms.”

As part of its commitment to resident safety, Greenfields Community Housing regularly attends Aico Expert Installer training.  Expert Installer is a free of charge modular CPD accredited training scheme, designed to ensure everyone involved in domestic alarm specification and installation has all the information they need.