Home Products YESSS Electrical and Zano save the day 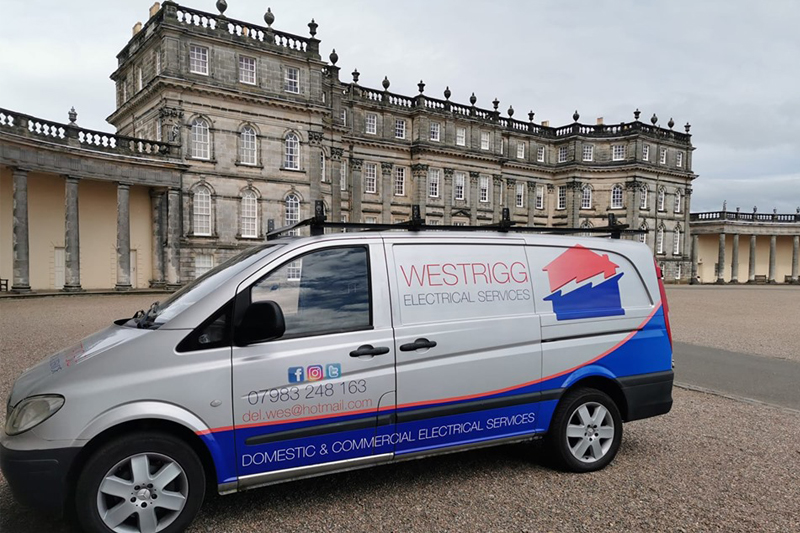 Faced with an awkward lighting project in one of Scotland’s greatest ballrooms, electrician Del Campbell was in for a challenge. He faced an 18th century chandelier conversion with LED dimming control – YESSS Electrical and Zano provided an unlikely solution.

We all know that great LED lighting effect and dimming capability is essential to a perfect finish in a commercial venue – it sets the mood, enhances appearance and significantly reduces overhead costs. But the big question is: how can you achieve this with 90 LEDs across three 18thcentury chandeliers without the need for an expensive, bespoke dimming pack?

Recommended by his local wholesaler – YESSS Electrical, Livingston branch – Del was appointed to undertake a complex LED upgrade at Hopetoun House in Edinburgh, ‘Scotland’s finest stately home’. Hopetoun House was one of YESSS Electricals’ new key customers, and after months (if not years) of frustration with the lighting set up in the ballroom, the general manager knew something had to be done. He was desperate for a simple, effective, and maintenance-free solution to lighting the ballroom at Hopetoun, a highly sought-after wedding venue with a high-end, vintage aesthetic.

Del soon discovered there was far more to the job than simply replacing the lamps with vintage-looking LEDs. The existing system used to control the lighting level in the ballroom was headache-inducing. Flicker and buzz were a nasty by-product of an outdated lighting control panel, and the maintenance team were deeply frustrated with constantly replacing the chandeliers’ lamps – sometimes changing as many as 20 a week.

Fed up with flickering, buzzing lamps, the client required a simple, maintenance-free solution to lighting that would finally bring to life the magnificence of Hopetoun’s grand ballroom.

They needed their upgraded chandelier system to be:

-Dimmable from one single point

-Able to cope with large load of 90 LED lamps

With the project requiring 90 LEDs that needed to be connected to existing wiring, finding a dimming solution to cope with a load of that size without an expensive bespoke dimming system would be a challenge. Aware of the issues associated with pairing LED and TRIAC dimmers, and that finding a solution to cope with such a load would be tough – Del asked YESSS Electrical for some product advice.

The team at YESSS Electrical immediately recommended Zano Controls, and within a few minutes Del was on the phone to a member of the Zano tech-team. Del had heard about Zano’s problem-solving products prior to this project, but had not previously tried and tested their LED dimmers himself. Zano took no time in finding the solution: to cope with the number of LEDs required and resulting inrush current, the chandeliers required the ZBARLED1000, an off-the-shelf remote dimming pack that was easy to install.

Zano frequently tests lamps for compatibility with their dimmers, which meant they could advise on a specific brand of dimmable, vintage aesthetic LEDs too. The three chandeliers in the ballroom required a total of 90 LEDs all at wattage of roughly 4W per lamp. With the inrush current accounted for, Del was looking at a total load size of just under 700W/VA.

Impressed by how straight-forward the ZBARLED1000 was to install, Del got straight to work fitting the 90 LEDs, soft LED uplighting around the ballroom perimeter and connecting the lighting control solution up to the chandeliers from one central point in the room.

Despite a minor hold up in the form of an ITV drama being filmed at Hopetoun (which in-turn meant the ballroom was out of action for a solid 24 hours being used as a dressing room) the process went smoothly. Del was able to return the following day to programme the dimmer using Zano’s exclusive Smart Settings in time for a wedding taking place in the ballroom that weekend.

By adding a specifically designed controller for the ZBAR remote dimmer (one that’s ideal for multiple control points and large loads), Del enabled rotary dimming control of the three chandeliers from one point in the ballroom. This finally gave Hopetoun House’s management team lighting control in the ballroom that produced spectacular results without compromising on the light output of the LEDs. 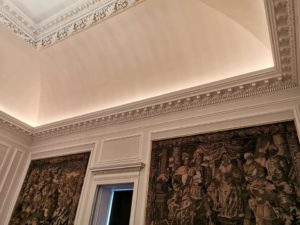 Total number of circuits: 6 (3 chandeliers, 2 circuits on each)

A powerful solution to dimming LED, the ZBARLED1000 can handle up to 100 amps of inrush, and dim between 0-1000W/VA LED, with up to 32 rotary controllers on a single circuit. The award-winning technology delivers flicker-free and silent dimming for all good quality dimmable LED, Tungsten, Low-Voltage or CFL lamps. 0-300W/VA and 1-10V versions are also available. 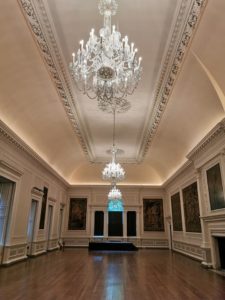