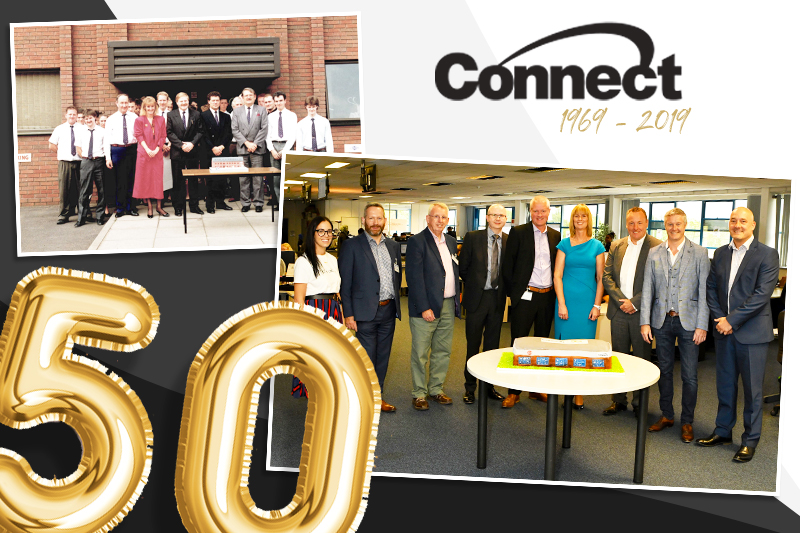 The home appliance spare parts specialist has also increased the number of representatives it has on the road, invested in its call centre and actively encourages feedback through its digital channels.

Since being founded in 1969, a spirit of innovation has continued to pervade Connect Distribution, as Managing Director Andrew Sharp, explains: “As we celebrate our 50th year, we look back and are extremely proud of our track record. But it is important that we don’t stand still. In the early eighties we introduced next day delivery, while in the nineties we launched an offline ordering CD that provided instant access to our parts catalogue. A decade on, we pioneered ‘Connections’, our convenient online platform that lets customers place orders quickly and easily.

“Now we’re launching LiveChat, which is the next step in our journey to offer industry-leading support. We believe that placing an ethos of exemplary customer service at the core of the business has played a key role in our success and will continue to do so in the future.”

Alongside the launch of LiveChat, Connect Distribution marked its half century milestone by the presentation of a 50th birthday cake to the business from key supplier and partner Hoover. The cake was then donated to Birmingham homeless charity, SIFA Fireside. The gift follows a similar one to the business from Hoover to mark the company’s 21st anniversary, back in 1990.

Sharp concludes: “Connect Distribution is nothing without the people here and it’s a privilege to be a part of that wider team. Historically, we’re a family-run, Birmingham-based business but we are extremely ambitious and our sights are set firmly on being the first choice for home appliance aftersales service, spare parts and accessory distribution.”