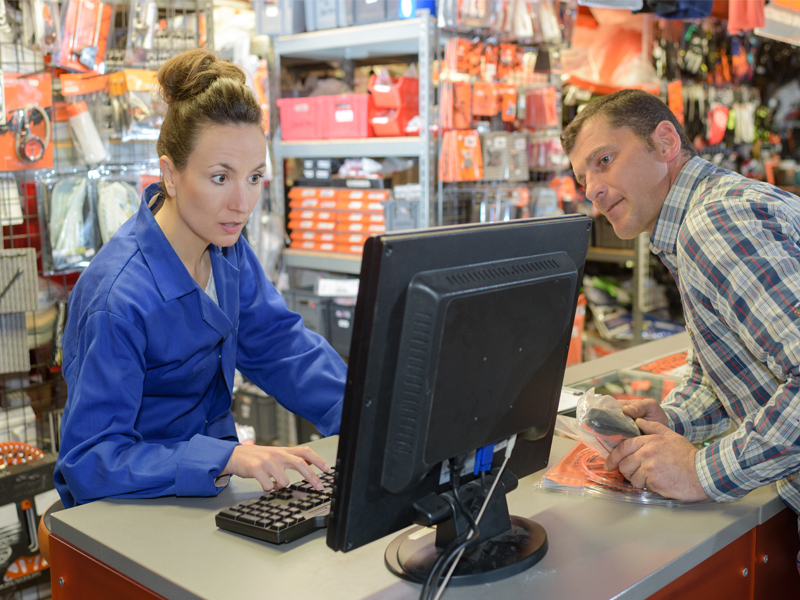 LED dimming can still be a nightmare, but it doesn’t need to be. Here, the Zano Controls technical team take a look at three common trade counter questions around LED dimming, and suggest how you can supply a quick fix for your customers.

Question: “Whenever I install dimming control with LED I get the same problem: flicker.”

Flicker is still the most prevalent LED dimming problem, but the good news is that – nine times out of ten – there is a simple fix.

Flicker has plagued the LED market from the start, as the industry rapidly adopted this energy saving alternative to halogen before supporting technology had a chance to catch up. Any early installer of LED will know the tell-tale strobe effect of an LED downlight retrofitted to an old triac dimmer.

Yet while there are now many LED dimmers labelled as LED compatible, flicker remains a problem – and triac is often still to blame. That’s because many so-called ‘LED dimmers’ are still fitted with triac technology: a small copper coil that controls light output by interrupting simple resistive loads (like halogen or incandescent).

Pair triac with an LED driver – which operates on a continuous forward current – and it just doesn’t work. While you may get some dimming range, it will be reduced, with flicker often disrupting the high and low end of the spectrum. Contractors are also more likely to face problems with compatibility, not to mention the fact that triac reduces the lifespan of LED lamps.

So how do you fix the problem at the trade counter? Make sure that you’re selling digital – not triac – dimmers to control LED. Digital dimmers, like Zano’s LED range, are built with LED in mind, replacing the coil with digital dimming software. No coil, no flicker, no buzz – as long as you’ve calculated the right load and are using reliable lamps. Which brings us to our next LED dimming problem you are likely to hear from the other side of the counter.

Question: “I calculated my installation wattage precisely, but the circuit overloaded straight away. Is it a problem with the dimmer?”

When contractors are faced with this problem, it’s not usually a fault with the dimmer – or their math skills – but the inrush current on the lamps they are installing. Inrush is the spike in current that is being drawn by the LED power supply, and despite the enormous impact it has on installations, it’s rarely included in the wattage listed on an LED box.

Inrush current can vary from lamp to lamp. In the Zano testing room, we’ve seen some LEDs quadruple their labelled wattage thanks to inrush, with one 5W downlight consuming 20W as the lamp powers up. Multiply this by the number of lamps on a circuit, and a total wattage that should be well within a dimmer’s 5-150W range, for example, is actually much higher.

Solving this LED issue for your customer isn’t always easy, as the inrush disparity between lamps can be significant. However, inrush on most reputable LED lamps can usually be accounted for with a simple calculation. We recommend that contractors times their total wattage by two, to leave a comfortable allowance and ensure that they are getting the right dimmer for the job.

Question: “I’m struggling to find a dimmer that can control LED tape”

LED tape is a popular choice for so many LED installations, but finding a dimmer to control it can be difficult. As LED tape lists wattage per meter, it can be difficult to calculate an installation precisely. Fit LED tape above a large kitchen counter, around a hallway skirting board or as decorative lighting in living and dining areas, and the total wattage can soon add up.

Yet the real headache can be traced back to the driver. Most brands of LED tape consume a huge inrush current, which skews the low wattage listed on the label. The majority of standard LED dimmers simply can’t cope with such a high load, resulting in flicker, buzz or circuit overload.

The good news is that there is a simple solution that you can stock at your trade counter. ZBARLED is an off the shelf dimming pack with a large enough load capacity to cope with most LED tape installations, inrush and all.

Available in 0-300W and 0-1000W, ZBARLED connects to twin and earth wiring and is a simple solution to dim LED tape, or any installation with a tricky low or high load.

To find out more about stocking the solution to your customers’ LED dimming problems, visit www.zanocontrols.co.uk or call us on 0345 519 5858