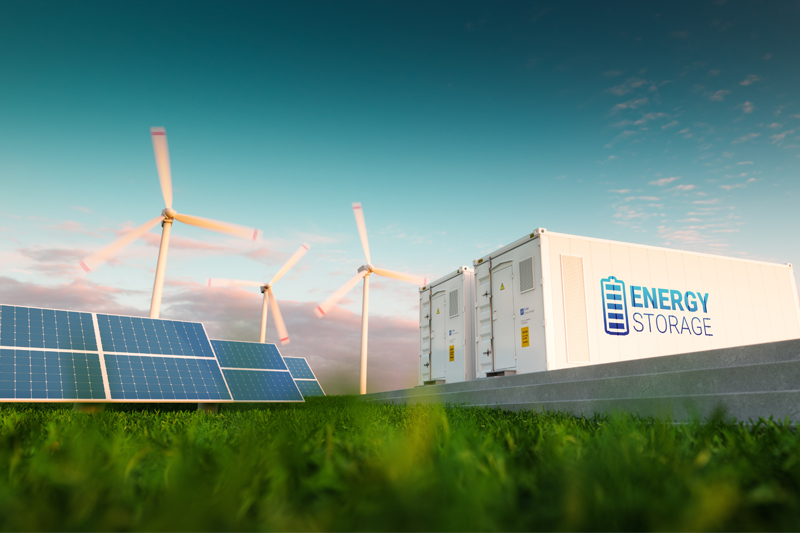 As demand for electricity becomes ever greater, so increases the need to store energy as well as produce it. And like all electrical installations, energy storage systems need application specific protection. We asked Switchtec’s Technical Director Jeremy Lester to explain the current situation.

Energy Storage Systems (ESS) are now a mature technology. ESS is installed at sites to improve energy management control such as peak management or frequency regulation, or for renewable energy storage for photovoltaic or wind generated energy applications. The importance of such equipment makes interruption of their service unacceptable, so measures must be taken to limit damage due to external influences. One of the risks to be taken into account is possible damage due to transient overvoltages generated by lightning or by switching operations.

The deployment of ESS has demonstrated the limited robustness of these equipments, including batteries systems. Specialists in this technology have ascertained that their low impulse voltage withstand (Uw) may lead to critical system failure.

Surge Protection Device (SPD) technology is widely used in AC power networks to protect equipment connected to them against transient overvoltages. Test standards (IEC61643-11), and selection and installation guides (IEC61643-12, IEC60364-5-534) have been in existance for many years, they define reliable products as well as their selection and implementation. However, regarding DC power networks, neither standardization is available at the time of writing (late 2020). In fact, the standards for surge protection for DC power are ongoing at international level (IEC). However it is expected by the end of 2021 that the following standards will be in place:

This forthcoming standard IEC61643-41 will be extrapolated from existing standards of surge protection devices for AC networks (IEC61643-11) and the sizing parameters (In, Uc, Imax, Up…) and test procedures will be similar because they will be grouped in a new document common to the two documents.

Regarding safety tests that simulate the end of life of the SPD such as thermal runaway or short circuit behavior, the procedures are therefore similar as well as the necessary means to achieve requirements, namely the use of internal disconnectors to withstand the thermal runaway tests, and associated fuses to withstand short-circuit tests.

Regarding the obligation of protection against transient overvoltage for ESS equipment, the current standard for electrical installation IEC60364 does not give information, requirement or recommendation on this point for the following reasons. IEC60364 addresses only low voltage installations connected in AC power applications (not DC current), and it enforces protection requirements against surge voltages solely at the entrance to the outside network. Which is not the case for the localisation of the DC part of ESS.

The need to protect ESS equipement against transient over-voltages

Specialists in ESS equipment have noted a reduced robustness in impulse overvoltage of these equipments – particularly in battery systems – and due to the imperative need for continuity of service they recommend the use of surge protectors at their terminals. Surge protection on the AC part is also recommended. For the following reasons and consequences, the critical point is the protection of the battery storage system. When the maximum DC operating voltage is very high (1000 Vdc and more), in such cases a specific SPD is necessary, it being compatible with these voltages and in conformity with the future IEC61643-41. In cases of potentially extremely high short circuit current (100kA and more), the surge protector must withstand the short-circuit test being associated with a fuse sized accordingly.

To manage the short-circuit test, it is imperative that the surge protector is used with an external fuse. The fuse must be rated high enough to conduct 5kA at 8/20μs impulse current without opening, but rated low enough to protect the surge protector during its failure on the short-circuit test. Regarding the breaking capacity, this is the likely short circuit current calculated at the time of installation. Provided by the surge protection manufacturer, these requirements can make fuse rating selection somewhat difficult in the case of very high power DC installations.

Use of the existing upstream fuse

It could be considered to use the existing AC power SPD overload protection fuse upstream (Figure 1 fuses in the diagram below) as protection of the SPD. This is only possible if its rating is equal to or less than the value declared by the manufacturer of the SPD. For high power installations, the figure 1 fuses have very high ratings, making this option a non-starter.

In conclusion, the key criteria for the selection of DC SPDs, extrapolated from AC standards is:

* Uc (max. operating voltage) is greater than Umax of the DC network + 10%

* In (Nominal discharge current) is greater than 5kA

* Isccr (admissible short-circuit current) with associated fuse is greater than Icc at the installation point.