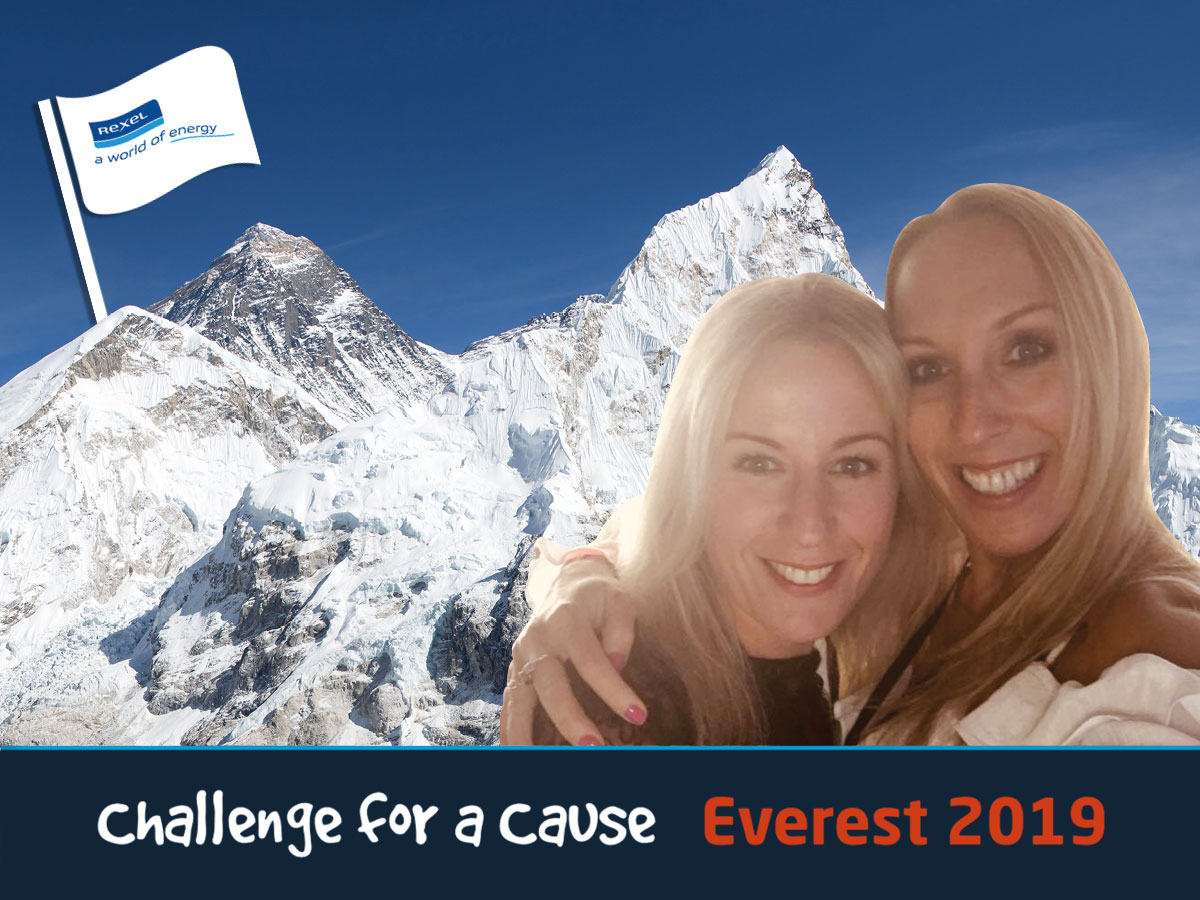 Electrical distributor Rexel announces it will be aiming to raise tens of thousands for its official charity partner, the Electrical Industries Charity (EIC), in the first few months of the partnership.

For more than 100 years the Electrical Industries Charity has recognised that providing individuals with access to the right support is the catalyst for creating better workplaces and industry communities. Its vision to be the leading provider of preventative and high impact solutions, genuinely meeting the wellbeing needs of the electrical and energy industries, is important to the company.

Rexel already works closely with the EIC and has been supporting the charity for many years through fundraising challenges and participation in EIC events.

Starting September 28th, two Rexel employees will be taking on an epic trek to Everest base camp in a bid to raise £10,000 in aid of the EIC. In the same week a team of 12 cyclists are preparing to take on a 450-mile ride from Paris to Birmingham in a bid to raise £30,000, to be split between the EIC and MacMillan Cancer Support.

The Electrical Industries Charity has also been working with Rexel to deliver mental health awareness training across the company network to support wellbeing in the workplace.

Peter Elliott, Commercial Director at Rexel, has organised the charity cycle challenge: “We’ve undertaken many fundraising challenges for the EIC over the years. I’m also privileged to be on the board of the EIC. It’s a charity close to our hearts as members of the Rexel team have benefitted from the fantastic support they offer. We are so happy to be able to officially support EIC going forward.”

Tessa Ogle, Managing Director from the EIC adds: “Rexel has been supporting the charity for many years and we are thrilled to be making our partnership official in such a critical time for the charity.”