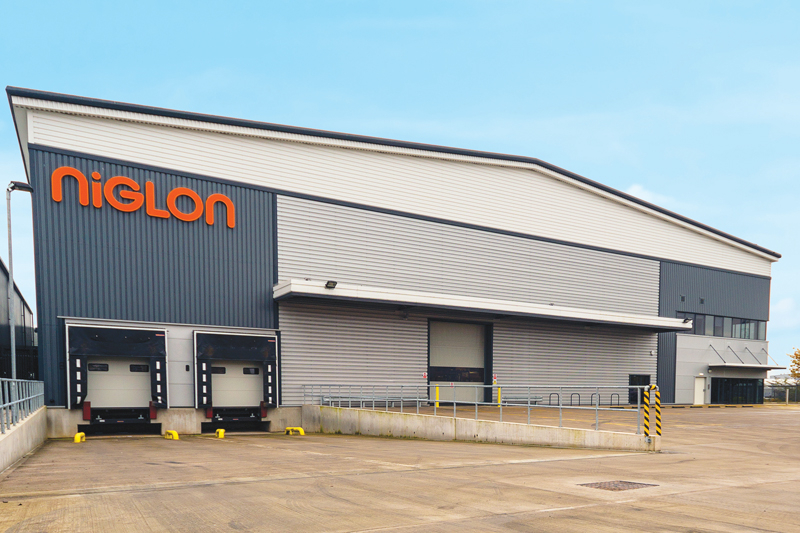 Family-run electrical component supplier, Niglon, has switched its RCD and RCBO offering in light of forthcoming regulation changes. Here, the company explains everything you need to know so you can keep compliant and keep people safe.

With proposed amendments to the 18th edition wiring guidelines currently circulating, Niglon has moved all production across to A Type Residual Current Devices as of the beginning of the year.

The Midlands-based firm is family owned and run, originally operating under the name S D Hinley from the 1940s onwards before changing its name to Niglon in the 1960s. Currently, the business has thousands of lines covering circuit protection, wiring accessories, industrial accessories, and many other must-haves for electrical contractors.

With changes being imminent to the BS7671 regulations, the team has seized the opportunity to review the company’s product offering.

Section 531.3.3 of the original regulations, which have been in place since 2018, suggested that AC Types should be used for general installations while highlighting other options such as A Types – which can detect and protect against the risk of electrical shock caused by DC pulsating residual current. However, despite an increased residential use of lighting controls, electric vehicle charging ports, and lighting controls, their use has not been regulatory up to now and AC Types were considered ‘standard’ due to the vague wording of the rules. This is despite AC Types already being defunct in many countries across the world.

Niglon’s Commercial Director Paul Dawson says the wording of the original 18th edition regulations was open-ended, meaning there had been no huge upsurge in customer demand for A Types, and many in the industry felt there was no real clarity around the definition of a ‘standard’ installation.

“The draft Amendment 2 states A Type devices must be used where a circuit may be impacted by a direct residual current – so, although these changes aren’t yet in force, we took the decision to switch production at the start of 2021.” Comments Paul. 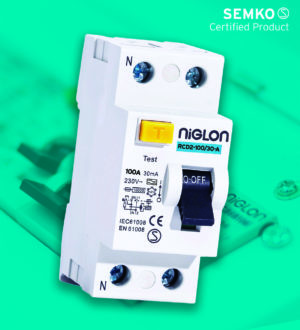 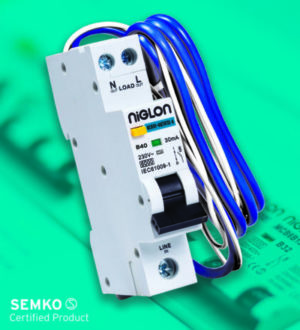 Regulation 536.4.202 in the 18th edition specifies the design current should not exceed the rated current of the assembly, taking any diversity and loading factors in to account. Currently, using diversity factors to calculate the correct selection of Residual Current Devices and other circuit protection devices is acceptable – but in the draft amendments, it is clarified that both RCDs and Switch Isolators should be protected by an Overcurrent Protective Device, selected according to the manufacturer’s instructions. This is because neither have inbuilt overload protection.

Paul says the Niglon team was advising customers to only use RCDs within a consumer unit which had a current value equal to or greater than that of the electrical supply company’s upstream main cut out fuse, to ensure their installations met the new requirements when they came into force.

Paul adds: “Over the past few years, there has been a big change in the types of installations which the electrical industry’s contractors are typically undertaking. More homes now have installations such as electric vehicle charging points and hot tubs, which is creating an increased power demand on our electrical supply; additionally, new electricity supply connections are now most commonly 80A or 100A, and lots of older 63A supplies are now being upgraded.

“Because of this, we have discontinued our 63A Residual Current Devices within consumer units, moving production to only 80A and 100A RCD options.”

With changes likely to impact the products being used by installers, Paul and the team are also reiterating their calls about the importance of certification.

“We are seeing a real rise in untested components on the markets,” he explains. “And with many installers, especially those currently using AC Type RCDs, likely to be switching products ahead of the regulation changes, we want to remind people of the devastating , and potentially fatal, consequences if an untested product fails.

“As well as championing third-party independent testing as standard for these important devices, we are also calling for total transparency around which products have been thoroughly tested. We would love to see it being standard protocol for proof of certification to be requested every time a new product is sold to a wholesaler or contractor.

“It’s not something which can, or should, be left to chance as there is no way of knowing when or if these products will fail. The risk can be eliminated with proper testing, and nobody wants a disaster to happen, so waiting and doing nothing until something goes wrong is simply not an option. Let’s act now before it’s too late.”