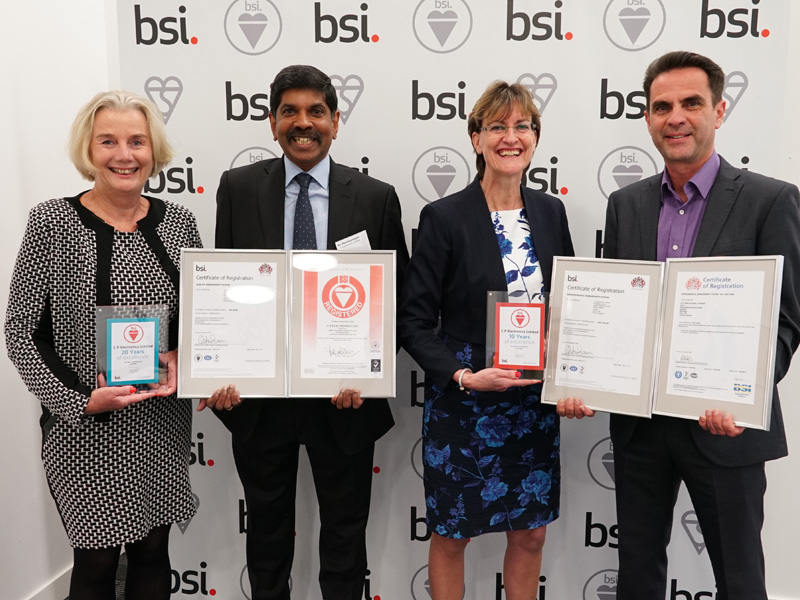 BSI, the national standards authority, has recognised CP Electronics’ commitment to excellence with two awards, celebrating over 20 years at the forefront of quality in the industry.

The awards were given for holding ISO 9001 (Quality) for 20 consecutive years, and ISO 14001 (Environment) for 10 consecutive years. This achievement is a first in the electronics sector, according to the company.

On winning the awards, Mo Mohanaranjan, Quality and Environmental Manager at CP Electronics, comments: “We’re delighted that our hard work has been recognised with the BSI standards for so many years. We are committed to excellence in the workplace every day, and winning these awards is a testament to that.”

When CP Electronics was awarded its first Quality certificate in May 1999, the standard was known as ISO:9001:1994. Since then, the standard has been upgraded throughout the years to the current ISO 9001:2015 system.