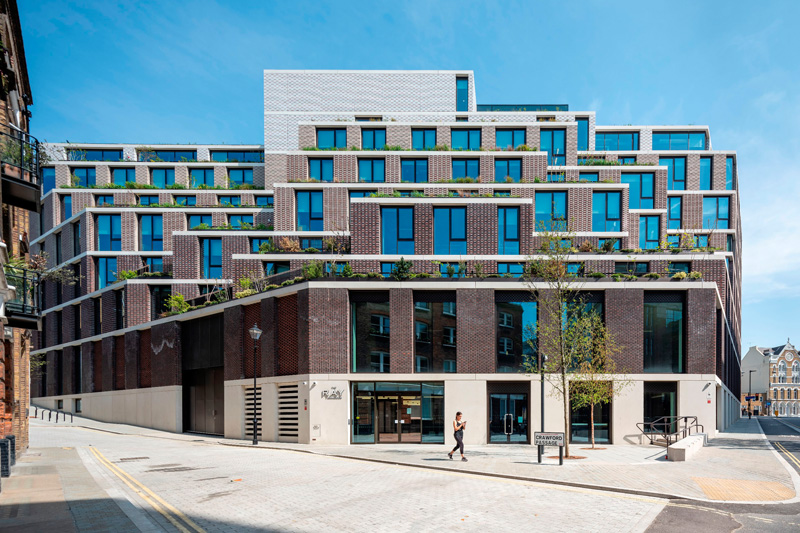 CMD has provided a flexible and high-quality power distribution network for The Ray, a prestigious office development in London’s Farringdon.

Well-known for being the former site of The Guardian newspaper, The Ray now stands as an 83,000ft² office development characterised by a modernised warehouse aesthetic, with level two now occupied by a global social media company.

The electrical installation of level two for the social media company was carried out by contractor Moyne London, working for developer, Viridis Real Estate. The project began as a standard plug and play installation to take the power distribution network to workstations and a number of phone booth style meeting pods.

After the hiatus of the pandemic and considering the company’s changing requirements to accommodate social distancing, the layout had to be restructured quickly and efficiently. Working collaboratively alongside Moyne London, CMD provided its 63A Betatrak underfloor powertrack power distribution system, which includes a click fit method for quick installation and a capacity to configure around bends and corners, which makes it very versatile. Moyne London also used CMD’s Rotasoc under desk modules which can be easily altered due to their modular design and 360° continuous rotation with a 32A internal busbar.

Peter Goode, contracts manager at Moyne London, commented: “The flexibility of the Betatrak underfloor powertrack and CMD’s customer service both paid dividends when the layout was changed mid-project. We were able to alter the location and number of tap offs, grommets and floor boxes to suit the new workstation arrangements. CMD worked with us to revise the installation quickly so that we were able to make up for lost time straight away.”