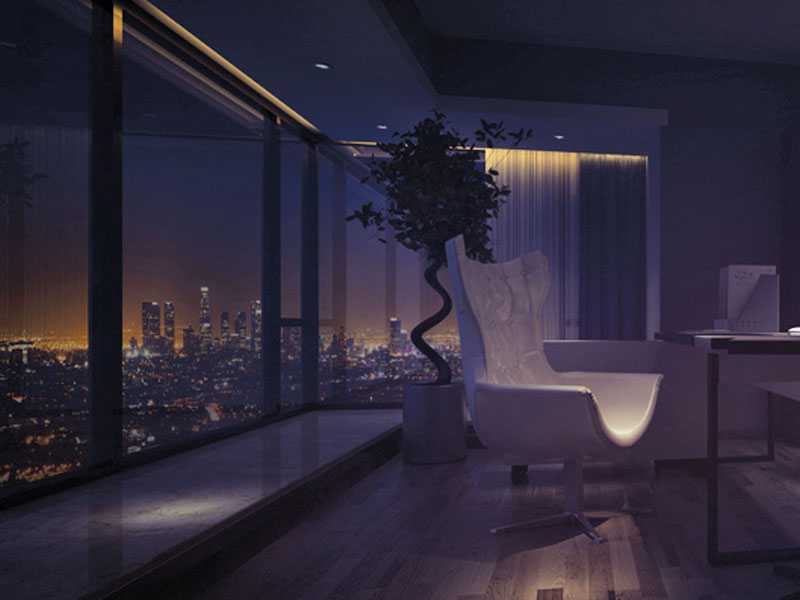 Simon Johnson, UK-based Sales Engineer for Theben AG products, offers advice on leading and trailing edge dimmers; what’s the difference and why do you need to know?

Dimmers have been around for a long time, but now they are a part of just about every installation.

In the early years, they were all about ambience: they worked relatively-simply by adding resistance to the circuit, which turned the energy into heat rather than light. This did not reduce the amount of electricity being used, it just changed the amount being turned into light.

Modern dimmers work completely differently by trimming the voltage at various phases of an alternating current’s sine wave, reducing the power they send to the lamp.

They can do this at the leading or trailing edges of the wave.

This dimming reduces the amount of power reaching the lamp – reducing the brightness and the overall amount of power being used. So, dimming now contributes to energy efficiency as well as ambience. It ticks all the specification boxes – few installations will not involve dimming these days.

However, dimming incandescent lamps, even with modern dimmers, turns out to be actually less efficient than just using lower lamp wattage, but we live in an LED world now, and with LED lights the effect of dimming compared to power use is fairly linear.

Installing dimming is the obvious choice, but if the installer gets the spec. wrong and lights flicker and buzz, it’s you that has to deal with returns and complaints at the counter.

There are several types of dimmer switch available, but by far the most popular are leading edge and trailing edge phase-cut dimmers.

The majority of manufacturers are now designing their LEDs to be compatible with trailing edge dimmers.

Trailing-edge dimmers are designed to fade the voltage to zero rather than switch it abruptly off, by applying a resistance to create a ramp. This increases the amount of heat dissipated, since the resistive period generates heat, but not to dangerous levels.

They have the much higher wattage range suitable for incandescent and halogen lighting (typically between 250W and 1,000W).

However, it is not so much the headline top rating but the lower end of their range that can cause problems if they are used with LEDS.

If a 1000W dimmer has, say, a low-end tolerance of 150W, then installers are going to need a fair bit of LED lighting to bring the circuit within tolerance.

Too low a load and there will likely be flicker, and possible noise.

Trailing-edge dimmers are more sophisticated than leading-edge dimmers, and usually use a MOSFET (Metal Oxide Semiconductor Field Effect Transistor) or IGBT (Insulated Gate Bipolar Transistor) switch rather than a TRIAC and coil.

This gives them their much-smoother dimming control, with no buzzing noise.

A trailing-edge dimmer has a lower minimum load (often 10W or below) than leading-edge dimmers, making it a better choice for dimming modestly sized lowpowered LED lighting circuits.

Here the biggest risk of failure or poor performance comes from overload, not underload.

Check the top end of the rating. If a trailingedge dimmer is not specifically rated for LED, then installers need to apply the 10% rule of thumb to the top end rating due to LED lamps’ drastically superior efficiency.