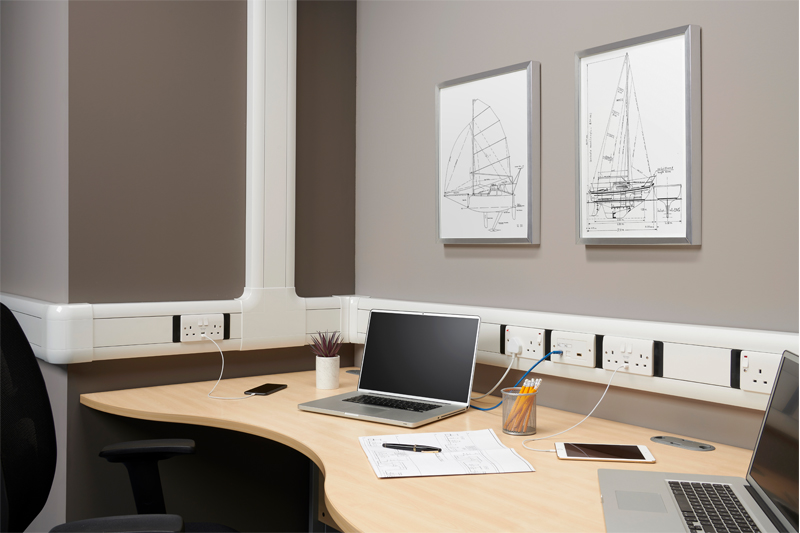 As the nation continues its transition back to the workplace and communal buildings, hygiene and safety are coming under greater scrutiny our awareness of everyday touchpoints has increased. Emma Segelov, MK Electric’s EMEA Marketing Operations Manager, examines why concerns about indoor building health remain high and what can be done to make electrical touchpoints safer.

We are increasingly being put under pressure to recommend and source products that can help create a healthier, safer building environment because, although more than 45million people in the UK have been fully vaccinated against COVID-19 at the time of writing, the pandemic is not over.

The use of switches and sockets are part and parcel of everyday work life, so how can building owners make spaces safer, not only in the short term but even beyond the pandemic? Minimising the spread of contaminants via electrical touchpoints is a good place to start as part of wider infrastructural improvements and electrical wholesalers are well placed to offer advice to help their customers implement effective practices when upgrading or refurbishing workspaces to help end-users feel safer and supported.

One of the biggest changes that we’ve seen is an increase in awareness on the impact which being indoors can have on the spread of viruses. This has resulted in specifiers and contractors re-addressing aspects like the safety of touchpoints – a concern that wasn’t necessarily top of the agenda before.

In a study of workers’ perceptions on the health and safety of their workplace which was commissioned by Honeywell and carried out by Wakefield Research, a staggering majority of the UK respondents (71%) do not feel completely safe working in their employer’s buildings. Half of the participants interviewed are equally concerned with the transmission of COVID-19 through touching a surface that has the virus (51%) and through the air (49%).

Since the Coronavirus outbreak, many building owners and managers have changed procedures in their buildings to keep occupants safer; however, 62% of UK survey respondents believe that their building managers are likely to make short-term changes, opposed to long-term building investments.

This is further compounded by the fact that nearly one in four (22%) of the surveyed UK remote employees said that they would look for a new job rather than return to a site that did not implement the necessary safety measures. It is therefore clear that those who don’t take the provision of creating safer and healthier environments seriously could risk losing valuable employees.

This is part of the reason why there is an increased demand for electrical products with inherent anti-bacterial and anti-viral properties, such as MK’s Logic Plus and MK Base ranges. Although it’s not always easy to justify infrastructural upgrades in the current economic environment, the wide choice of wiring devices available means that healthier building environments can be created, whatever the project and budget. 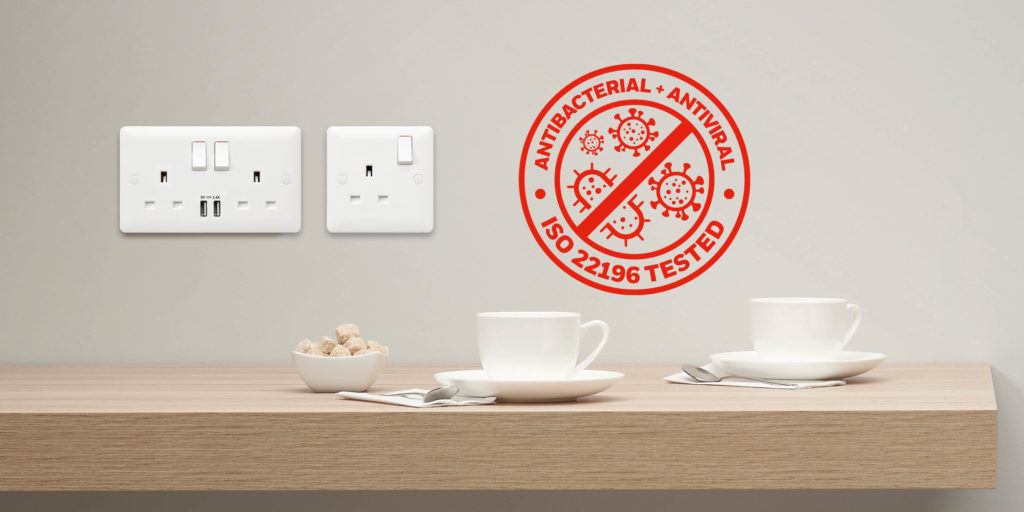 Awareness of the right anti-viral and anti-bacterial standards

Knowing what to recommend to a customer needs to be a careful consideration as not all products or claims are the same. To provide adequate protection for users against contracting an infection from frequently touched surfaces like electrical sockets and switches, products that have been tested to the latest internationally recognised standard – ISO 22196:2011 – should be recommended. Claims made on products that have not been tested to an industry-recognised standard such as ISO 22196:2011 may not be as scientifically robust.

Additionally, wholesalers should consider efficacy across a range of pathogens, some of which could be more relevant to the end-client sector. For example, MRSA can cause a serious infection and often poses a higher risk to patients in hospitals and other healthcare environments.

Effective protection against viruses is equally important as they can cause a wide variety of illnesses. One of the smallest known non-enveloped viruses, Phi-X174, is used as an internationally recognised standard in anti-viral testing to analyse the resistance of critical PPE and air filtration systems to blood-borne viruses. Non-enveloped viruses are harder to kill because they carry the proteins used to infect cells in an inner layer that is less susceptible to disinfectants.

This contrasts with their enveloped counterparts which have an outer membrane. The membrane contains the proteins used by the virus to enter its victim’s cell and is sensitive to chemical and physical treatments. Because non-enveloped viruses are harder to disinfect, it is one of the reasons why protection against Phi-X174 is used as a standard for evaluating anti-viral performance. Both the MK Logic Plus and MK Base ranges have been tested by ISO 22196:2011 against the Phi-X174 virus, both with kill rates of over 99.99%.3

As we make our way back into indoor spaces, the use of both short and long-term measures to combat the spread of pathogens will be key in instilling confidence amongst building occupants. Investing in infrastructural upgrades contributes to a healthier environment, potentially helping to retain and attract both staff and customers coming through the doors. It’s up to you, the wholesaler to make sure that your customers know what is on offer and what to look out for when making the change.