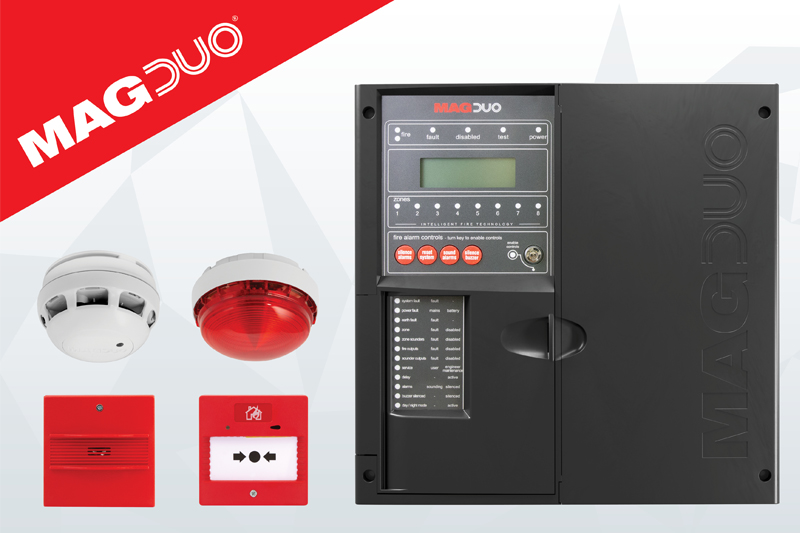 They work by dividing the building into a number of detection zones, with the detectors and call points within each zone hardwired on dedicated, two-core cable to the control panel. There may be multiple detectors on a single zone.

A separate two-core, fire-protected cable for the alarm’s sounders is required as they are wired on different circuits. If a detector is activated, the control panel identifies the circuit that contains the triggered device and so indicates the zone from which the fire alarm has originated, but the area then has to be manually searched to pinpoint the individual device. 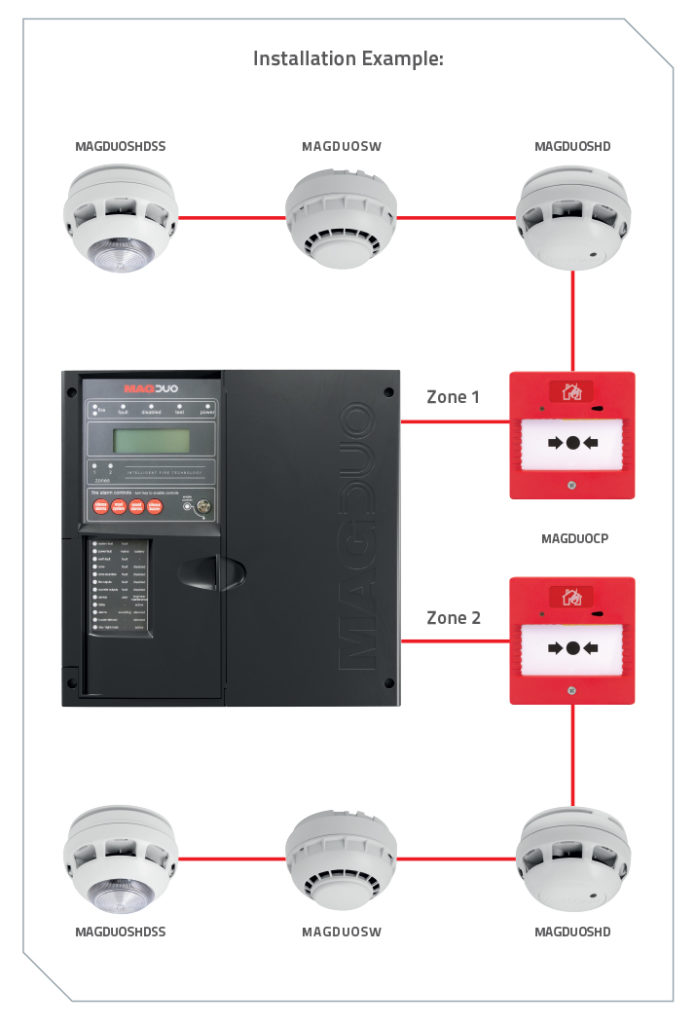 Addressable or “intelligent” fire alarm systems are designed for large commercial premises and more complex networked systems. They are much more expensive and more complicated than conventional four-wire systems, having increased flexibility, intelligence, speed of identification, and scope of control

In addressable systems, different types of initiating devices are wired in one or more single loops around the premises, requiring less cabling than conventional systems, with each detector or call point having its own unique address. The fire control panel receives information and status reports from each device and indicates its exact location if there is a fault, contamination or activation via smoke or heat detection.

Because analogue addressable fire alarm systems offer a greater degree of flexibility, intelligence, speed of identification and the extent of control, they are the preferred option for specifiers and contractors working on bigger and more intricate projects as they overcome the limitations of conventional fire alarm systems.

ESP’s MAGDUO Two-Wire fire alarm system is aimed at small to medium contractors, offering them a highly flexible and adaptable system that will save them time and money on the installation process.

Two-Wire fire alarm systems are based on standard conventional system technology. Unlike standard, conventional, four wired systems where the detectors, call points and alarm devices for each zone are wired on separate circuits.

MAGDUO utilises intelligent Two-Wire technology, which allows all devices to be wired on the same set of two-core zone cables back to the control panel – enabling it to use a single circuit, per zone, both for detection and to power the sounders. This advanced technology can reduce both installation and material cost.

The system is ‘Two-Wire’ meaning that all system devices can be installed on the same circuit with the capacity for up to 32 devices per zone. This, however, is dependent on the Device Loading Unit (DLU). Full information is provided within the product technical specification details. MAGDUO will support 2-8 zone applications.

In total, ESP’s new range will comprise some 25 separate products, including:

A key benefit is the Alarm Confirmation Feature which offers the ability to select a confirmation period for individual detectors and therefore confirm if the smoke/heat detected is an actual fire – and not a false alarm. 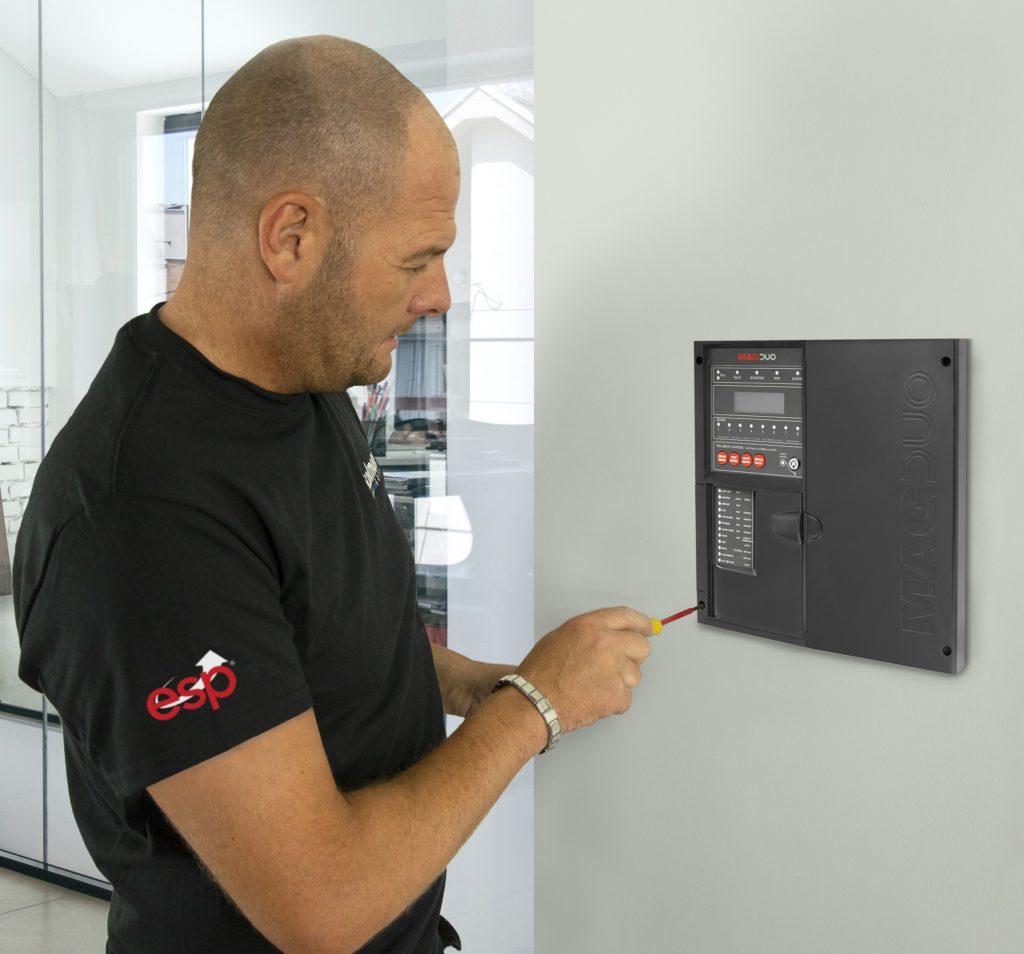 Due to the different options, FlexiPoint offers convenience for wholesalers and installers, as they will not be required to carry a complete range of devices.

With its adaptability, speed of installation and cost-effectiveness, MAGDUO provides an ideal fire alarm solution for a range of small to medium sized projects such as restaurants, retail outlets, schools, offices, apartments and hotels.