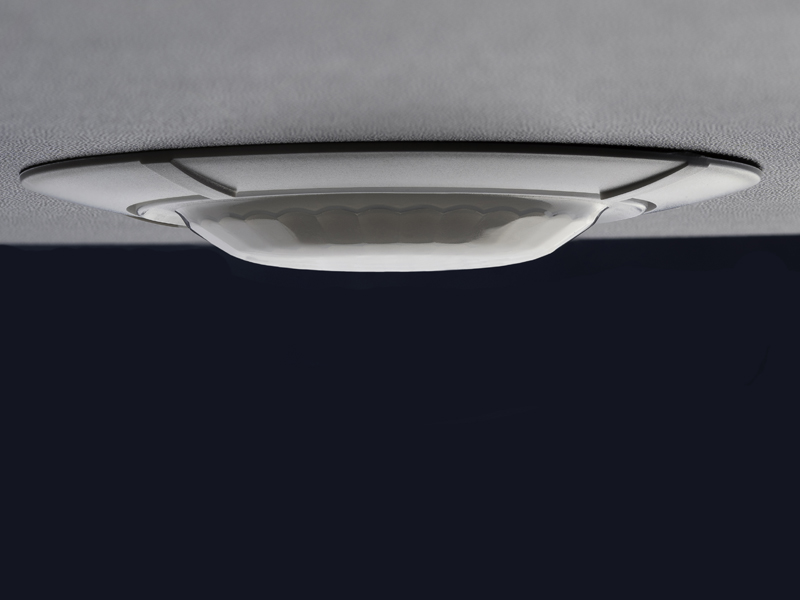 Are your counter staff up to speed on PIR specs so they can advise customers and avoid returns? It’s always good practice, when asked for a PIR detector, for them to ask a few key questions to help customers make the right choices.

What type of lights and what load?

These days, the job will almost always be LED lighting, so make sure they know to pick a PIR detector that is specifically tested with, and rated for, LED loads.

You shouldn’t need to do the maths yourself: the specification on the box should already state what LED loading is acceptable – if not steer clear. We think it’s always wise to add at least 10% for good measure.

The huge difference between ratings for the same PIR detector for halogen and LED still comes as quite a surprise to some people. For instance, our new mini linkable PIR, is rated for 1000W max. halogen and 250W max. LED. That’s because the LED rating allows for the strong inrush current on switching, not the low running current.

Will there be lots of luminaries?

Controlling several luminaires, with a total LED load getting near the limit of the PIR’s specification, needs careful thought. For instance, our redesigned Timeguard SLW360o ceiling-mounted and flush-mounted detectors have a maximum LED load of 150W, but we ‘only’ rate it for a maximum of 10 separate LED 10W lamps (100W). Yet we are happy to rate, and guarantee it, for five sets of LED lamps above 10W, right up to the 150W limit. This is because, due to their physical size lower wattage, LED lamps (GU10 type lamps) commonly have very simple circuitry with surge protection and power factor correction ommitted, this puts a massive strain on whatever is switching/controlling them.

Looking for a big rating might also mean that a big area is to be lit. So perhaps a single PIR detector will not be able to give the comprehensive detection field needed. Would multiple PIRs be better? Or maybe it would be easier, and less expensive, to be able to link a master and several slaves together? The Timeguard linkable concept makes wiring simple because up to five slaves are linked by pre-fitted, plug-in wires that stay hidden behind a suspended ceiling.

PIRs should be good, easy business – all the more so if you can avoid wrong choices at the counter. 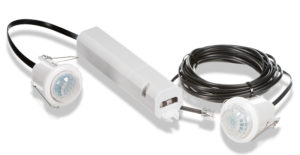 To learn more about the Timeguard ceiling-mounted and flush-mounted detectors, enter the following in your browser: www.rdr.link/WH010