Home Features Cause for alarm 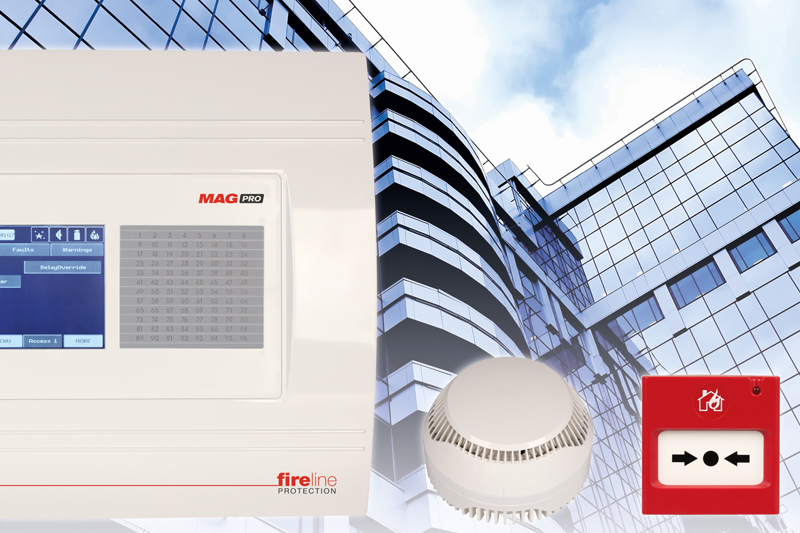 Conventional systems
Conventional, or four-wire fire alarm systems have been traditionally used in smaller properties such as shops and restaurants. They work by dividing the building into a number of detection zones, with the detectors and call points within each zone hardwired on dedicated two-core cable to the control panel. There may be multiple detectors on a single zone.

A separate two-core, fire-protected cable for the alarm’s sounders is required as they are wired on different circuits. If a detector is activated, the control panel identifies the circuit that contains the triggered device and so indicates the zone from which the fire alarm has originated, but the area then has to be manually searched to pinpoint the individual device. In large buildings this could mean that over 50 zones would be needed to correctly protect the property to the prevailing industry standards – proving a costly and time consuming exercise.

Because the majority of conventional detectors are simple, two state devices they can only be in either a normal or fire condition. Although modern components and quality system design can play a part in reducing potential problems, it is not uncommon for conventional systems to generate unwanted alarms.

Intelligent systems
Addressable or “intelligent” fire alarm systems overcome these limitations and are designed for large commercial premises and more complex networked systems. They are more expensive and more complicated than conventional four-wire systems, having increased flexibility, intelligence, speed of identification, and scope of control.

In addressable systems, different types of initiating devices are wired in one or more single loops around the premises, requiring less cabling than conventional systems, with each detector or call point having its own unique address. The fire control panel receives information and status reports from each device and indicates its exact location if there is a fault, contamination or activation via smoke or heat detection. As these control panels have become more sophisticated and more powerful, they are capable of handling an increasing number of loops per panel and it is possible to network numerous panels together to increase the capacity.

Because analogue addressable fire alarm systems offer a greater degree of flexibility, intelligence, speed of identification and the extent of control, they are the preferred option for specifiers and contractors working on bigger and more intricate projects as they overcome the limitations of conventional fire alarm systems. 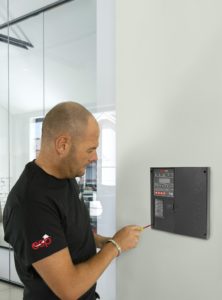 Two-wire technology
The latest technology sees the introduction of two-wire fire alarm systems which are aimed at small to medium contractors, offering them a highly flexible and adaptable system that will save them time and money on the installation process.

Two-wire fire alarm systems are based on standard conventional system technology. However, unlike standard conventional four wired systems where the detectors, call points and alarm devices for each zone are wired on separate circuits, the new intelligent two-wire technology allows all devices to be wired on the same set of two-core zone cables back to the control panel – enabling it to use a single circuit per zone, both for detection and to power the sounders. This advanced technology can reduce both installation and material cost.

A key benefit that is offered with some of these types of systems is an alarm confirmation feature which offers the ability to select a confirmation period for individual detectors and therefore confirm if the smoke/heat detected is an actual fire – and not a false alarm. Using these built-in alarm confirmation features, until an alarm has been confirmed within an individual area, only that area is evacuated. At the same time, if an alarm is confirmed in a common area, the device initiates a full alarm evacuating all surrounding areas. This unique, conventional panel feature is vital where two-stage alarms are required.

Another major plus with some systems on the market is a special flexi-detector which adds further versatility and convenience to this type of alarm system. Offering different modes of fire detection including combined heat and smoke, these detectors are also available with an inbuilt sounder or inbuilt sounder strobe, which will assist with a compact install solution (as the detector and sounder is all-in-one as opposed to separate units). Due to the different options, the flexi-detector offers convenience to installers, as they will not be required to carry a complete range of devices.

Because two-wire systems offer adaptability, speed of installation and cost-effectiveness, they provide an ideal fire alarm solution for a range of small to medium sized projects such as restaurants, retail outlets, schools, offices, apartments and hotels.

ESP options
For more than 20 years ESP has been developing and supplying fire and security related products to the UK electrical industry via the reliable wholesale channel. The company has continued to grow its MAGfire Fire Protection category and today offers a range of products and systems that covers conventional, addressable and the latest two-wire fire alarm system range.
The launch of the MAGDUO two-wire range at the beginning of 2019 introduced a totally new collection of products to the company’s growing fire protection offer. MAGDUO sits alongside the existing MAG Conventional Fire Alarm products and the MAGPRO Addressable range – fulfilling the increasing demand from customers for this latest technology.

The MAGDUO Two-Wire fire alarm system is aimed at small to medium contractors, offering them a highly flexible and adaptable system that will save them time and money on the installation process.